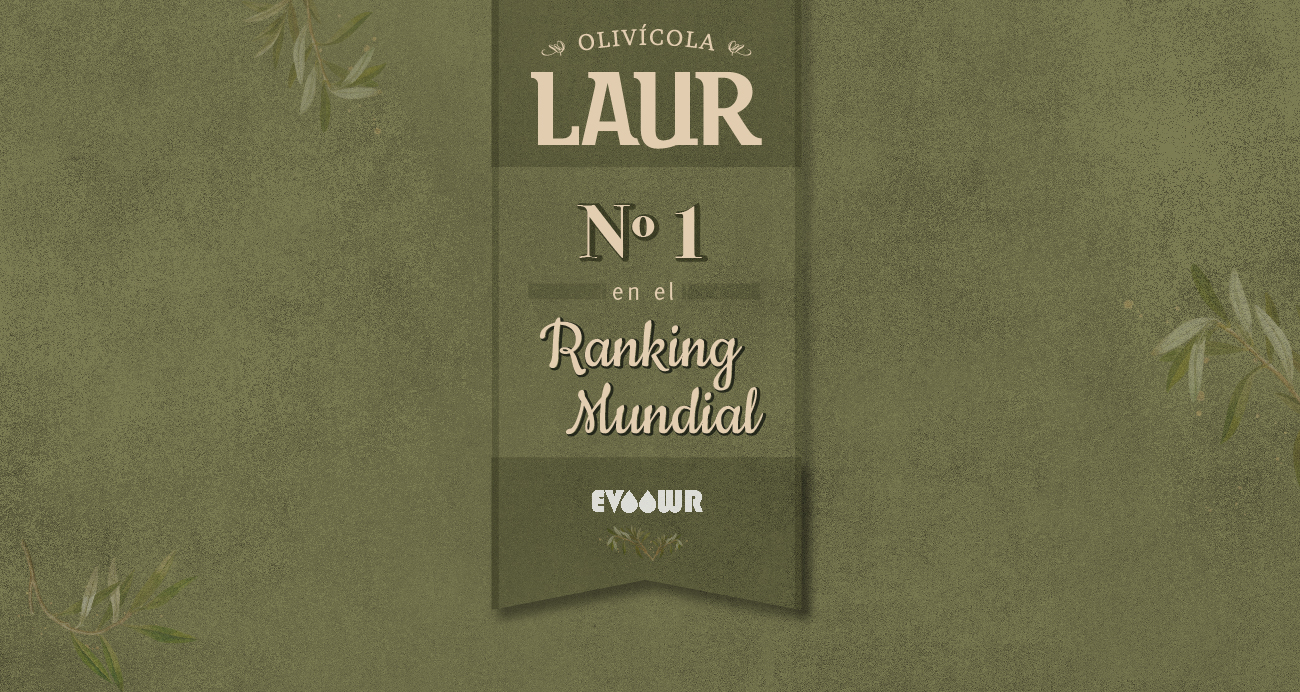 Yesterday, the EVOO World Ranking (AOVE World Ranking) 2021 was released. It is made according to the prizes obtained by the extra virgin olive oils awarded in the international competitions carried out in 2021.

Since yesterday, Laur has headed the ranking of the 100 best olive growers in the world, a big success for Laur, the province of Mendoza and Latin America, as it is the first time that an olive grower outside Europe has reached the first position in the World EVOO Ranking.

The news filled us with emotion, pride and happiness, but also with astonishment, as we thought it was impossible to reach the first position in the ranking, despite we have worked very hard in the quality of our products and, as a result, climbing up the rankings. This is a consequence of a team work of Laur. We are all very proud of taking Argentine olive growing to the top of the world podium”, said Gabriel Guardia, manager of Laur and oenologist specialised in olive oil.

This EVOO World Ranking is a nonprofit ranking, which was created to promote the most awarded extra virgin olive oils in the world in order to educate the consumers. It rewards the extra virgin olive oils that have participated in one of the competitions held during the year considered by the EVOOWR. Only International Competitions are included, where the tastings are blind and carried out by specialised international juries. The list of the competitors for the Ranking is published every year before the competition calendar starts.

The competitions are classified by continent and country, being Mario Solinas of the IOC (International Olive Council) the most important one. They are also classified according to the number of samples and participating countries. To be awarded with the ‘EVOO of the Year”, it needs more than 160 points to get it.

The scoring methodology is simple. Each competition has a score ranging from 10 points to 1 point; and each medal (Grand Gold, Gold, Silver, Bronze, Mention), has its own score. First places are awarded 8 points, second places 6.50 points, third places 5 points and then 1 point each. Special awards give an additional point and if these are separated into categories they drop 0.25 per level (Gold (1), Silver (0.75), Bronze (0.50)).

Then, the competition score is multiplied by the prize score (e.g.: First place in the Mario Solinas Competition 10.00 * 8.00 = 80.00 points), and thus the final result is obtained for each EVOO. These scores are added to the scores obtained by the same EVOO in the other competitions. In this way, it obtains the total score for the year.

This allows us to know which are the most awarded extra virgin olive oils in the world, as well as the awarded varieties and countries (in fact, the high scores obtained by Laur win points for Argentina and help it to climb in the ranking of countries as well).

This ranking has been carried out for more than thirteen years. It is based on WRW&S (World Ranking Wine & Spirit) built in 1997 by WAWWJ (World Association of Journalists of Wine and the Spirit). Next, the top ten of the ranking: